The methodology behind the selection of the 1000 Business Schools to be ranked was created by the Eduniversal International Scientific Committee in 2007. The objective was to establish a global mapping system that would take into account the international influence and reputation of each academic institution.

The qualitative criteria includes:
- The number of graduate academic institutions in the country
- The historical importance of the national educational tradition.

These schools are then classified in each country by Palmes of Excellence according to a set of criteria designed to determine a school’s international influence, reputation and quality.

The EDUNIVERSAL ranking highlights the best academic opportunities for students around the world in these 9 zones: 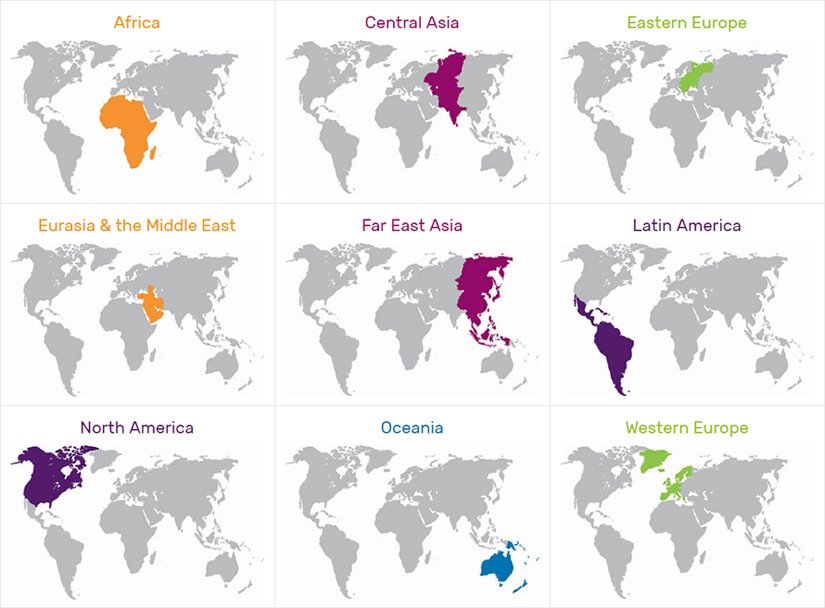 Example of the data taken into consideration, according to the method of quotas, in the determination of the number of schools per country in the Eduniversal Official Selection:

Data extracted from the Statistics department of UNESCO http://data.uis.unesco.org