The Eduniversal system rates schools according to the international reputation of a school at national and global levels, and by geographical zone. After the 1000 best business schools in 154 countries have been selected, they are divided within each country into five levels of excellence which Eduniversal titles the Palme of Excellence. There are five leagues of Palmes of Excellence. These schools are then ranked within each Palme level according to the assessment made by peers: The Deans vote. 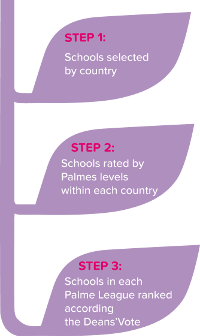 
Division of the schools into the five Palmes of Excellence leagues allows for a horizontal comparison within 9 zones, which is different from the vertical comparison established by most of the international ranking systems. The Eduniversal Ranking System does not compare, for example, schools in one country to another country. Rather, it simply ranks the best schools within each country and within each Palme league. 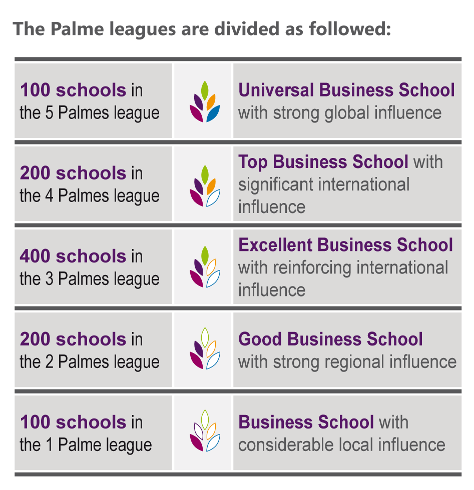